About Westlake in Austin, Tx 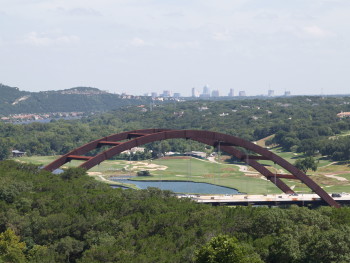 The 31-square-mile area that feeds into the Eanes Independent School District commonly is referred to as “Westlake.” This region includes the cities of West Lake Hills and Rollingwood, plus a portion of the City of Austin. One of the most desirable residential locations in Central Texas, Westlake is valued for its proximity to Lake Austin, its beautiful trees and topography, and its upscale luxury homes, in addition to its zoning for one of the top school districts in the United States. With such a strong identity in the school district, residents in the area known as Westlake are able to enjoy a small-community feel, while still benefitting from the large-city advantages of Austin. To help hone the home search process, we’ve broken down below the broader Westlake region into cities, zip codes, elementary schools, and middle schools.

Just east of West Lake Hills is Rollingwood, a city of less than one square mile that is home to around 500 households. The area is extremely desirable due to its almost next door proximity to downtown Austin and its zoning for Eanes Independent School District. Many of the homes are older, dating back to its founding in the mid-1950s, but homebuyers will find that most homes in Rollingwood have been exquisitely remodeled and take advantage of hilly terrain, wooded grounds, and even views of downtown Austin. Rollingwood has its own park, plus “Rollingwood Pool” at the Western Hills Athletic Club. It is also moments from Austin’s Zilker Park, Barton Springs Pool, Lady Bird Lake, and areas of the Barton Creek Greenbelt.

West Lake Hills is an incorporated city of approximately 3,000 people. At about four square miles, West Lake Hills is a sought-after locale for many who are seeking a luxury home near Austin proper but with its own established community. Ranging into the multi-millions, homes in West Lake Hills are of varying ages, but most are well appointed and on large, wooded lots. One of the top draws for the city is its school system. Eanes Independent School District is ranked as one of the best systems in the state, and, as a result, competition for “starter range” homes in West Lake Hills can be strong. In addition to West Lake Hill’s homes and schools, the city includes or is close to the Austin Country Club, Westlake Beach on Lake Austin, the leash-free dog park Red Bud Isle, and the Wild Basin Wilderness Preserve. Bee Cave Road, which courses through West Lake Hills, offers a plethora of conveniences and restaurants, plus an HEB grocery and a Trader Joe’s grocery.

Homes in the 78746 zip code are within the largest zip code in the general Westlake area. The approximate boundaries for the area are the Colorado River (Lake Austin) to the north, just east of MoPac (Loop 1) to its east, Barton Creek to the south, and to a bend in the Colorado River and down Bee Cave Road (FM 2244) to the west. The 78746 zip code includes the cities of West Lake Hills and Rollingwood, as well as all the homes along Westlake Drive and many of the homes in Rob Roy and Davenport Ranch West, among many others. It is home to the Eanes Independent School District offices and the Austin Country Club. Barton Creek Square Mall is in the 78746 zip code, as are the many conveniences along Bee Cave Road. Eanes schools Bridge Point Elementary, Cedar Creek Elementary, Eanes Elementary, Forest Trail Elementary, Valley View Elementary, Hill Country Middle, and Westlake High are in the 78746 zip code. St. Stephen’s Episcopal High School and Trinity Episcopal School (kindergarten through eighth grade) also are in 78746.

The Westlake zip code of 78733 is further west than its counterpart, 78746. Its boundaries are roughly the Colorado River (Lake Austin) to the north, the neighborhood of Rob Roy on the Lake at its easternmost, south to a portion of Southwest Parkway, and westward to the next bend in the Colorado River. Homes here are beautiful and often are set in even more stunning natural surroundings as a result of the westward proximity, in addition to the lake and the nearby Barton Creek Habitat Preserve. The 78733 zip code is home to the popular Laura Bush Community Library, which functions as a community gathering center as well as a library. Seven Oaks and the Westlake homes along Commons Ford and Cuernavaca Drive are in 78733, as are the Eanes schools Barton Creek Elementary and West Ridge Middle.

Barton Creek Elementary School is on Patterson Road, off of Bee Caves Road west of Capital of Texas Highway (360) and east of Highway 71. Patterson Road intersects with Emma Avenue, home of West Ridge Middle School. The closest neighborhoods to this school are Palomino Ridge, Angelwylde Place, Patterson Place, and Barton Bend. Barton Creek Elementary has over 500 students in grades kindergarten through fifth and has received numerous awards, including being named the top elementary school in the Austin area for 2014-2015 by research site Niche.

Bridge Point Elementary School is on the southwest side of the intersection of Capital of Texas Highway (Loop 360) and Cedar Street. The closest homes to Bridge Point are those in the Bunny Run area between 360 and Lake Austin. Bridge Point is the largest Eanes Independent School District elementary school and enrolls about 740 students in grades kindergarten through fifth. The school maintains an “Exemplary” rating under Texas’ education rating standards and has received the Texas Successful Schools Award for Outstanding Performance.

Cedar Creek Elementary School is in the heart of Westlake at the intersection of Walsh Tarlton Lane and Pinnacle Road. It shares grounds with the Eanes Child Care Center and is just one street over from Hill Country Middle School. Pinnacle Road also connects to Westlake High School. Cedar Creek has just under 500 students in kindergarten through fifth grade. While Cedar Creek is an older school (built in 1978,) it has been expanded twice and fully modernized. It also has received the Texas Successful Schools Award for Outstanding Performance.

Eanes Elementary School serves the many established neighborhoods along Bee Cave Road (RM 2244.) Off of Bee Cave between Westlake Drive and Buckeye Trail, the elementary school connects to Westlake High School via Camp Craft Trail. The school has just under 700 students in kindergarten through fifth grade and has received the Texas Successful Schools Award for Outstanding Performance. It also has received an “Exemplary” education rating every year since 1996.

Forest Trail Elementary School is just east of Capital of Texas Highway (360) between Westbank Drive and Lost Creek Boulevard. Built in 1985 and upgraded twice, the school serves approximately 600 children in grades kindergarten through fifth who live in the central part of the Eanes Independent School District. It has received numerous award distinctions, including being named a U. S. Blue Ribbon School, receiving the Texas Successful Schools Award for Outstanding Performance, and being placed on the Texas Business and Education Coalition Honor Roll. The properties for Forest Trail and Valley View Elementary back to each other.

Trinity Episcopal School serves over 500 students in kindergarten through eighth grades. It uses an innovative workshop approach to reading and writing and develops math fluency by treating math “as a language to understand rather than a series of facts to memorize.”

Valley View Elementary School is on the east side of Capital of Texas Highway (360) between Westbank Drive and Lost Creek Boulevard. It shares a main street entrance with Forest Trail Elementary, which backs up to the property. Valley View has about 500 students in kindergarten through fifth grade, and, in addition, the school offers the largest Child Development Center in the Eanes Independent School District, serving infants through kindergarten. Valley View has received the Texas Successful Schools Award for Outstanding Performance.

Hill Country Middle School is in the center of Westlake along Walsh Tarlton Lane and serves students in the eastern portion of the Eanes Independent School District. Hill Country Middle educates sixth, seventh, and eighth graders, with a little over 900 students. It is a U. S. Blue Ribbon School, has been honored with the Texas Successful Schools Award for Outstanding Performance, and has been listed on the Texas Business and Education Coalition Honor Roll. Hill Country Middle is one street over from Cedar Creek Elementary School and moments from Westlake High School.

West Ridge Middle School serves almost 850 students in grades sixth through eighth in the western area of Eanes Independent School District. It is located on Scenic Bluff Drive south of Bee Cave Road between Capital of Texas Highway (360) and Highway 71 and connects via Emma Avenue and Patterson Road to Barton Creek Elementary School. The school was built in 1987 and has been renovated. It has received TEA Academic Distinction in Reading/ELA and an “A” School Ranking for Children at Risk.

St. Michael’s is a college preparatory school of approximately 350 students in grades nine through 12. It is known for its excellence in academics, arts, and athletics. Its six core values are to Encounter Christ, Radiate joy, Aspire for better, Collaborate, Respect the family, and Act with integrity.

St. Stephen’s is a college preparatory day school and boarding school of the Episcopal Diocese of Texas. It serves grades six through 12 with a diverse student body made up of almost 700 students from across the United States and from dozens of countries across the world. Approximately 200 of its students are boarders. The school aims to provide “an academically challenging experience for our students within the context of a balanced program in academics, athletics and the arts.”

Westlake High School serves about 2,600 students in grades nine through 12. Consistently named as one of the state’s best schools, it was ranked the #1 high school in Texas and the #7 high school in the United States by Niche.com in 2015. Since 2012, over 98 percent of its graduates have enrolled in college, and its standardized testing results always exceed regional and state averages. Westlake takes an innovative approach to education, with each high school student receiving an iPad Air 2. In addition to academics, Westlake High School has a stellar reputation in music, the arts, and in athletics. On Friday nights in football season, the Chaparral Stadium is sold out with attendees. Westlake High School is located east of Capital of Texas Highway (Loop 360) on Westbank Drive.